Classics carved on early steles include the Book of History, the Spring and Autumn Annals and part of the Commentary on the Spring and Autumn Annals of Tso. Every character of the text was carved in three different scripts: namely the Archaic script, the Seal script, and the Clerical script. Thus the steles were also called “Three-Script Stone Classics”. Soon after the "Stone Classics" were carved, they were damaged or buried during a period of social and political turmoil and only began to re-emerge during the Ch'ing dynasty. 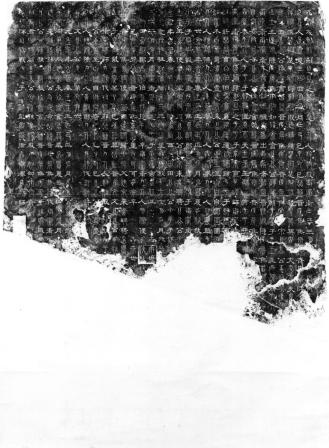